America clearly stands out as one of the regions that have many theme parks; theme parks hold a special niche in the recreational culture of the people. Every year sees millions of people both local as well as foreign visiting different theme parks that are scattered all over the region, although the recreational parks are of top notch standards in regard to quality, the following parks clearly stand out as the Best Theme Parks in America.

Located in an expansive acreage than spans over 30,000 acres, Walt Disney Land is one of the largest and best theme parks in America. The park features a wide array of theme parks that serve the different needs and preferences of the fun seekers, the parks include two water parks, four theme parks, a downtown and also various resorts. Main attraction at the amusement park include the little mermaid ride beneath the sea, “Beauty and the Beast “set in a French village, sky rides at the Fantasyland, water rides , food courts and carnivals.

Opened in the year 2010, Luna Park is among the newest amusement parks in the locality, the park is located in the famous Coney Island along the coastal shores of the City of New York. The theme park is strategically located in an area that also hosts other attraction sites such as the “Big Apple” and other accommodation facilities. The amusement park features a wide collection of sky rides that offer mild, moderate as well as extreme high adrenaline rides. The park also has a collection of carnival and gaming arcades where a visitor is able to participate in games such as the water race and duck pond among other exciting games. The park is also served with various food joints such as Nathan’s, Luna lemonade etc.

Dollywood Park has over the years been rated as one of best theme parks in America due to its cleanest and user friendliness. The park is located in countryside within the Smoky mountain region where the southern hospitality is prevalent, the parks coverage extends over 180 acres and includes a number of sky rides, merry go rounds, Splash Country water park, game arcades and food courts. Dollywood also provides accommodation at the Dollywood cabins to joy seekers who would like to extent their stay at the park, the amusement park also offers a four course meal and dinner at the “Dolly Parton’s Dixie Stampede”.

Located along a headland that stretches into Lake Erie, Cedar point amusement park showcases beautiful and panoramic view of the region. The park is also famed as the home to roller coaster rides by having a total of 16 roller coasters that come in different sizes and shapes with one of the rollercoaster holding the world record due to its length and dropping height of 164 feet. The park’s Adventure island with is a 4.5 acre dinosaur park filled with about fifty replicas of life size dinosaurs also adds to the thrill at the theme park. Other than the roller coaster rides and Adventure Park, cedar point also offers other attractions which include bouncing castles and bumper boats among other activities. 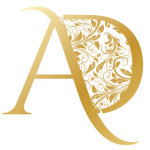